This must be a great news for all Odias that a road at Mehul Circle, Mulund (West) in Mumbai was named after Utkalamani Gopabandhu Das, freedom fighter from Odisha.

Gopabandhu Das, known as Utkalamani, was a social worker, reformer, political activist, journalist, poet and essayist. He served his people even at the cost of his family. 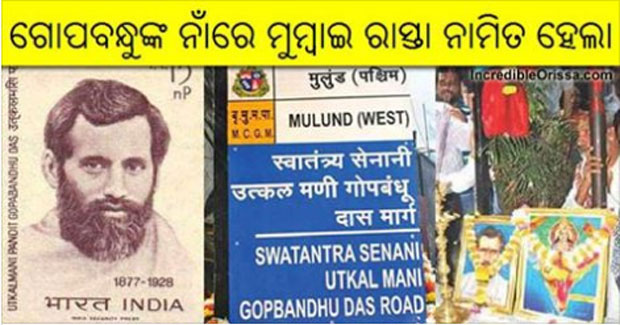