In Odisha, one third of the population died due to Na-anka Durbhikhya or the Orissa famine of 1866.

It had affected the east coast of India from Madras northwards, an area covering 180,000 miles and containing a population of 47,500,000; the impact of the famine, however, was greatest in Orissa, now Odisha, which at that time was quite isolated from the rest of India. 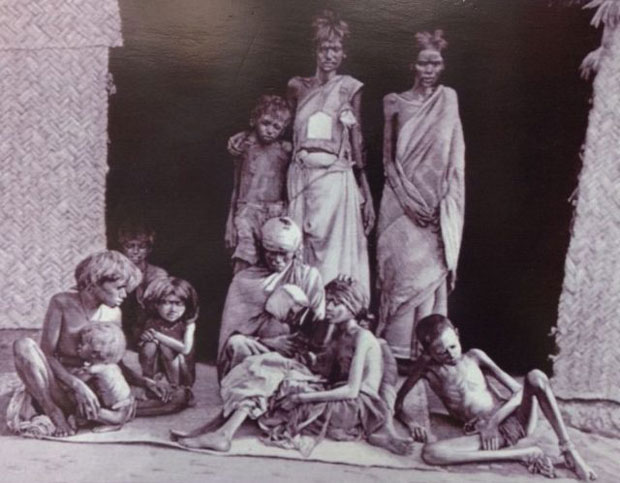 ALSO READ: LED bulbs free of cost to each poor household in Odisha

To provide an insight into the condition and the suffering of the people, an exhibition of photographs, sketches and newspaper reports was inaugurated at the State Archives in Odisha capital Bhubaneswar today.

On display are newspaper reports published in the overseas media between 1866-1868 along with sketches, cartoons, drawings and photographs, sourced from British archives. The exhibition organised by INTACH, was inaugurated by state Culture Minister Ashok Chandra Panda.

Panda said that ‘Na’Anka Durbhikshya’ was a dark forgotten chapter of Odisha’s history. “Even though the events that happened have been pushed to one corner of history, it has been a part of Odia consciousness and subconscious ever since,” he added.

S. K. B. Narayan, Convener of INTACH, said that even today, 150 years after the Great Famine, Odisha faces regular threats of natural calamities like drought, flood and cyclone, and crop failure. He said that the exhibition would be taken to the other INTACH chapters of Bhadrak, Balasore and Baripada.

Anil Dhir, who has curated the exhibition, said that a suitable memorial of the Great Famine should be set up. “The famine was not an accident of nature. It was not providence; rather it was a series of mistakes. For many decades after the Great Famine, it was simply a dark and even humiliating experience which the survivors, and the survivors of the survivors, had little wish to recall, the anguish of a past in which men and women barely survived,” he said. 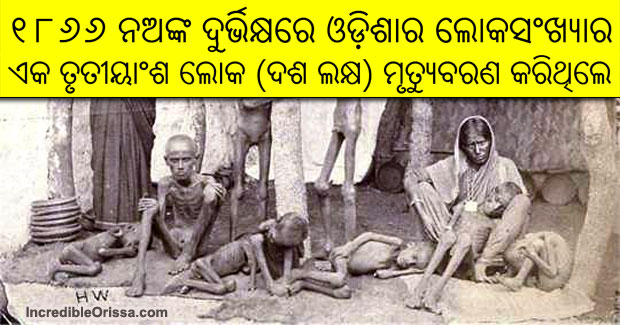 Home > Odia News > Na-anka Durbhikhya: In Odisha, one third of the population died