With just one day left for Rath Yatra in Puri and the lords recovered from illness, lakhs of devotees thronged the Jagannath temple to have Naba Jaubana besha darshan of deities inside the Sri Mandir.

Later, other rituals of the deities will start from around 10.00 am for preparation of Ratha Jatra scheduled to start from Saturday.

Fresh from their recuperation after a special cure, the holy trinity – Lord Jagannath, Balabhadra and Devi Subhadra were glammed up by the Dasmohapatra servitors as part of the ‘Banakalagi’ ritual yesterday.

The devotees will have glimpse of lords, who will appear in youthful form after being recovered from fever that they suffered following having divine bath on the holy Snana Purnima.

The temple management has made all arrangements for smooth and hassle free completion of the Naba Jaubana besha darshan. Security has been beefed up in the holy town in view of the festivities. 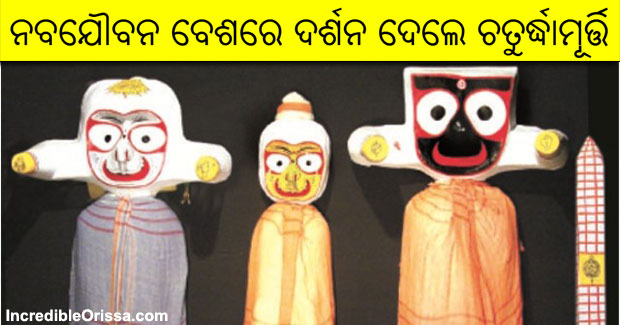