This 16-year-old dancer has taken this reality television show by storm with her moves and expressions with back-to-back spellbinding solo and duet performances in a variety of dance forms like contemporary jazz, belly dancing and freestyle.

“I had almost decided to quit the show because I was on standby for about three months before I got a call as a wild card entrant. It was disheartening for me as a performer because I was raring to go and dance and was not getting the opportunity. I also faced medical complications but overcame the hurdles and cannot wait to give my best at the finale,” said the student of St. Mary’s Higher Secondary School of Jharsuguda.

Nainika Anasuru begun dancing at the age of five with support of her mother and has been a part of various reality shows. This belle from Jharsuguda won the title of Raigarh Dancing Superstar in 2015 and Dance Chhattisgarh Dance in 2016. The judge of Dance Chhattisgarh Dance finale ace dance master Terrence Lewis offered her a 3-month prep scholarship at his dance academy.

On the show, Nainika is getting trained under Mini Pradhan’s guidance and feels that the Bollywood choreographer is her second mother. “We rehearse for almost 18 hours. My mother has been my pillar of strength throughout. However, I miss my pets back home and Odia food a lot,” she added.

Though Nainika Anasuru had skipped her Class X exams due to this dream-come-true opportunity, she plans to strike a balance between studies and her passion.

Zee TV’s popular dance reality show Dance India Dance Season 6 is all set to come to an end on Sunday, February 16. According to reports, Sanket Gaonkar from Mini Ke Masterblaster is the winner of the sixth season of the show. 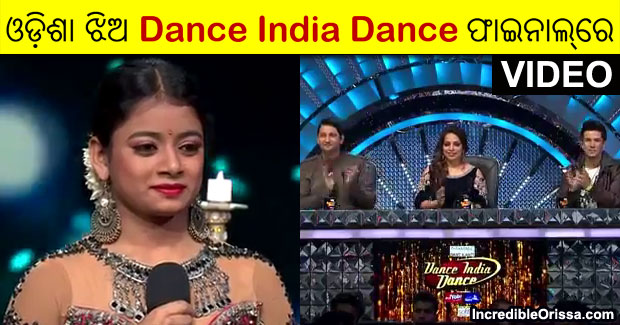