The memory of Kanan, the wild tigress who strayed into the Nandankanan zoo in 1976, will be kept alive with a statue that will be unveiled on the premises of the famous zoo on Thursday.

Sources at the zoo say that Kanan’s statue will be erected at the very enclosure where she was housed after straying into the premises. The statue will act as a memorial for the species and will attract both tourists and researchers who are studying the long history of tigers at Nandankanan.

“We have taken care to preserve the enclosure so that it can be used as a memorial. The female predator was only kept in the enclosure after it showed signs of wanting to adapt to the atmosphere of the zoo,” said zoo director, Sisir Kumar Acharya.

Nandankanan has long been known for its tiger population and the Royal Bengal Tiger is the most sought after animal for visitors at the zoo.

The zoo currently has 24 tigers. The total has risen recently, after the birth of three cubs in August. One of the three newborns is a melanistic tiger. Such tigers have darker stripes, very close together, and are extremely rare. These cubs were born to a male tiger at the zoo, named Manish.

Earlier in April, two cubs were born to an erstwhile wild tiger named Nandan and a tigress named Megha. The zoo acquired them because the wild gene in cubs would help breed healthy tigers in the future, revealed a source at the zoo.

Like Kanan, Nandan too had strayed into the zoo in 2013 on his own. When Rituraj Mohanty replaced Rahat Fateh Ali Khan for a song. 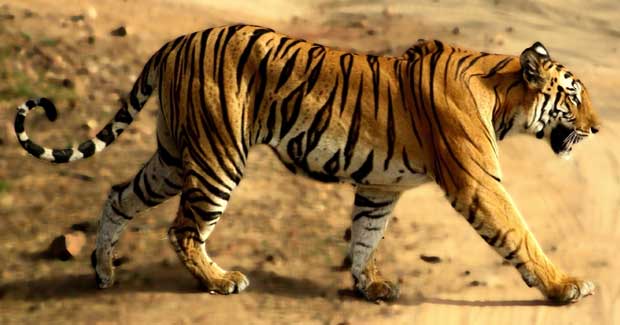 Home > Odia News > Nandankanan zoo to have a statue of Kanan, the wild tigress