The first-ever book on Odisha Chief Minister Naveen Patnaik’s life written by Editor of Outlook Ruben Banerjee was released in Bhubaneswar on Sunday. You can buy the book at Flipkart (Rs 388) and Amazon (Rs 479) now.

The biography refers to Patnaik’s entry in politics and floating of Biju Janata Dal (BJD). The book also highlights the achievements in Odisha during the government led by Naveen Patnaik since 2000, besides dealing with the factors which played major roles in winning the elections. Besides giving a description regarding the way Patnaik spent his pre-political years, the book refers to challenges for the 2019 elections too.

In 1997 when the beloved Odia politician Biju Patnaik died, his son Naveen Patnaik stepped forward to contest the by-election to Biju’s Lok Sabha seat. Then fifty-one years old, Naveen, who once ran a boutique in Delhi, had never contested an election or held public office. He spoke no Odia and was more at home in Lutyens’ Delhi than in the dirt-poor villages of Odisha. Partymen saw Naveen only as a magnet for attracting voters sympathetic to Biju, not as a genuine politician or leader.

But Naveen proved his sceptics totally wrong. He wrested absolute control of the party and won every election he contested. He has been elected to the Lok Sabha three times, and as chief minister of Odisha four times. Even the Narendra Modi wave of 2014 didn’t make a dent on Naveen’s numbers. But beyond electoral and party politics, Naveen has an abiding connect with his voters. His development and administrative records are exemplary. For instance, in 1999 when a cyclone hit Odisha, it left 10,000 dead. But under Naveen’s watch when a similar cyclone hit Odisha in 2013, an efficient state machinery ensured that only twenty-one lives were lost.

In this book, the veteran journalist Ruben Banerjee, who has followed Naveen since his early days, decodes the success of the enigmatic politician who stays in the shadows and rarely gives interviews. This is the thrilling story of an unlikely and seemingly unbeatable politician who may well hold the keys to power in the 2019 general elections. 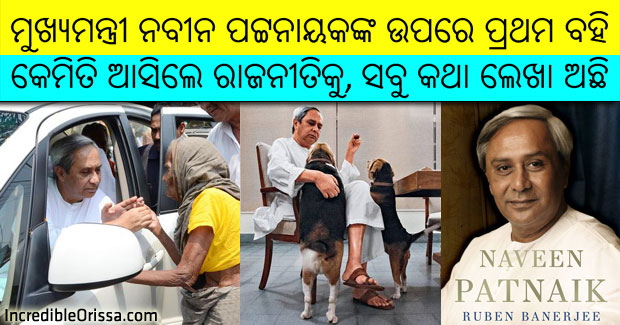