Many of us don’t know that Odisha’s chief minister Naveen Patnaik has done a small role in Merchant Ivory’s 1988 adventure film ‘The Deceivers’, which had Pierce Brosnan and Saeed Jaffrey in the cast.

This was mentioned in the first-ever biography of CM Naveen Patnaik written by Editor of Outlook Ruben Banerjee, which was released at Bhubaneswar club on Sunday. You can watch the movie here.

ALSO WATCH: Beautiful music video made by a group of friends from Odisha

The Deceivers is directed by Nicholas Meyer. The film is based on the 1952 John Masters novel of the same name regarding the murderous Thuggee of India. Odia actress Dolly Jena (Bijaya Jena) also acted in this movie.

Starting from his entry into politics to gaining “Mr. Clean” image to the Pandian controversy, the biography covers major aspects of Naveen Patnaik’s life and times. In the book, Banerjee has called CM Naveen a clever leader with a killer instinct who knows how to tackle his political opponents.

“Naveen appeared to be refreshingly innocent, a breath of fresh air in a putrid environment. In more ways than one, Naveen was the Arvind Kejriwal of his time, the clean political outsider who had come to perform surgery on a malignant polity. Naveen had Odias swooning over him,” writes Banerjee. 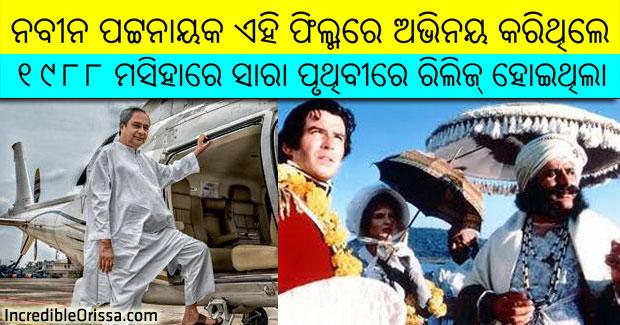