Rs 1000 new note specimen picture is viral in social media now. Is this how the new currency note looks like?

Ever since Prime Minister Narendra Modi announced that Rs 500 and Rs 1000 notes will no longer remain legal tender, there have been a lot of curious activity on the Indian currency notes.

Lately, a picture of new Rs 1,000 currency note has appeared online and has become viral of sorts. It has been widely shared in social media platforms and WhatsApp messages.

The new currency note of Rs 1,000 denomination in the viral picture bears a lot of resemblance with the existing new Rs 500 and Rs 2,000 currency notes.

But seeing this new note of Rs 1000, there will be new curiosity at the automated teller machines (ATMs) to have it in our hands. It will also make things easier for the common man, who found it extremely difficult to find change of Rs 100, Rs 50, Rs 20 and Rs 10 in exchange of the new note of Rs 2000 that was mostly being given out at banks and ATMs! 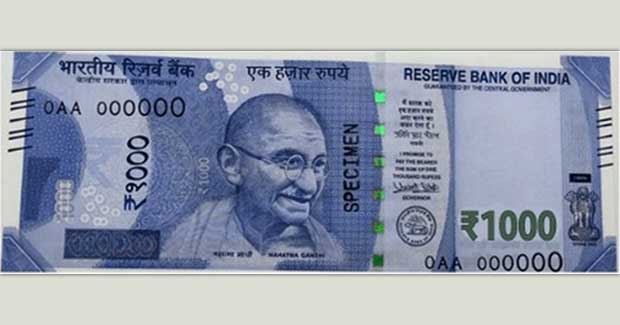