The Government is issuing newly designed PAN cards that have added security features to make them tamper-proof and with contents written in both Hindi and English, a senior income-tax department official said.

Distribution of the newly designed PAN (Permanent Account Number) cards has been started from January 1 and are being issued to the new applicants. Old card holders can also apply for the new one.

The move comes at a time when the Government is making its all-out effort with various measures to increase the tax base and ensure the card users to operate them in a fair and transparent manner accross the country.

When contacted about the move of the Government, a senior tax official who is involved in the process said, “As the Government has made PAN card is mandatory in banking channels, we are told to move one step forward on security front. It’s being done to make the verification of PAN card holder easier than the existing ones. The verification process of current PAN card users is a complex and time consuming, while new ones simpler and time saving.”

He further added, “The new step of the Government is to automate the data in order to avoid any kind of error in banking and taxation issues. The new cards will be bilingual – both in English and Hindi, aiming to follow the Rajbhasha policy of the Government.”

As far as QR code is concerned, he said, “We have added this new feature in the card for more security measures. We have incorporated all details such as name, father’s name and date of birth in the QR code which will be shown at one go on scanning. The existing cards have no such features and this new code facilitates that no two persons can use the same details in his/her card.”

PAN cards are mandatory for any transaction above Rs2 lakh and for a lot of other activities like opening of a bank account and as identity proof. There are currently more than 25 crore PAN cardholders in the country. As per Government estimate, every year 2.5 crore people across the country apply for PAN cards. Online fraud: Two BSNL employees among five arrested in Odisha 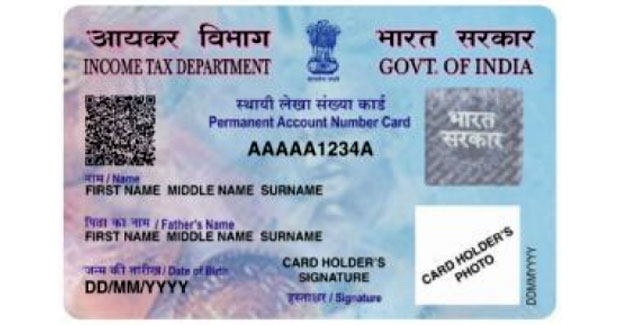