Nominations and declaration of technical and short film awards for the year have been announced ahead of the 65th Amazon Filmfare Awards 2020 scheduled to be held on February 15.

He has earlier worked as a sound designer for ‘Padmavat’, ‘Bajirao Mastani’, ‘PK’, ‘Pink’, ‘Three Idiots’ and ‘Tanu Weds Manu Returns’. He won the National Award for Best Audiography for on-location sound recording for ‘Madras Cafe’ (2013) at the 61st National Film Awards.

After completing Physics at the Utkal University, Samal, a native of Jajpur district, joined the Film and Television Institute of India (FTII), Pune in 1994 for a postgraduate diploma course in sound recording and sound design. His diploma film ‘Tatvam Asi’ fetched him his first national award in 1997. 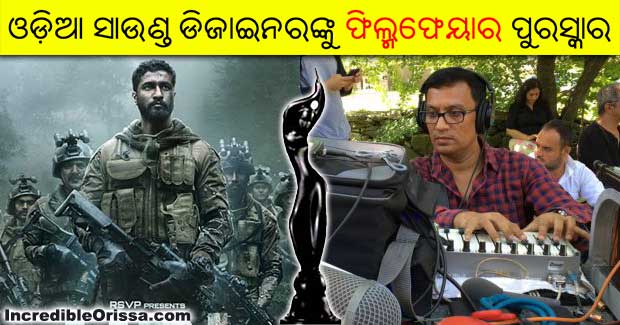