Halkaa is a movie about the struggle of the protagonist Pichku, a slum dweller, who faces adversities and lack of facilities. He dreams of constructing a private toilet where he would be using it without hassles. The film portrays various such aspirations, dreams and obstacles of children living in slums.

Halkaa was selected among seven international children’s films from different countries in the official competition of the festival. The four-day film festival concluded on March 11.

“It’s a great honour that ‘Halkaa’ won the top award at its world premiere screening. The film has already been invited to six international film festivals,” Panda said in a statement.

The movie starring Tathastu (Pichku), Ranvir Shorey (father) and Paoli Dam (mother), is a light-hearted and feel good movie, he further said. “This movie is more like a sequel to my movie I am Kalam,” he added. 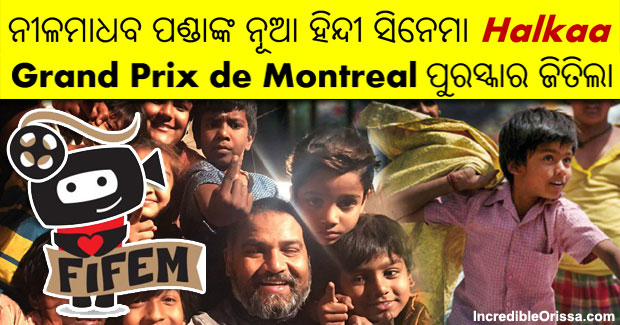