This film is based on the true stories from drought prone Bundelkhand region and the vanishing villages from coastal Odisha. It has a very interesting ensemble of cast Sanjay Mishra, Ranvir Shorey, Tilottama Shome & Bhupesh.

“Here is my new film “Kadvi Hawa” (Dark Wind) deals with the effects of global climate change in different regions of India, which is now evident globally. I have been working on this film for the past few years in interiors of Chambal valley. The story is based on my work on environmental hazards and ecological disturbance for past one decade,” said Nila Madhab Panda.

“The film is about a blind old man and a young bank loan recovery agent, ironically both coming from two extreme weather conditions having zero contribution to the global climate change, fight for their survival. The film is in the final stage of post production, and we are working towards a world premiere after which we will release it in India by early 2017,” he added.

The film is produced by Nila Madhab Panda and Akshay Kumar Parija. “I’m glad to work with a director like Padmashree Awardee NilaMadhab Panda on a very pertinent subject of present day effects of ‘World Climatic Change’.The recent Paris Agreement under United Nations Framework Convention on Climatic Change (UNFCCC) is a great initiative towards the problem. I have full confidence that thru Panda’s celluloid tale, awareness will be created on this explosive problem in the world,” said Parija concerningly.

Recently the film’s team was at the American Film Market in Santa Monica, LA to discuss the worldwide release and international distribution of the film. Panda has roped in the Hollywood Producer Karen Tenkoff (The Motor Cycle Diaries fame) as the Executive Producer.

“Our film shows the devastating impact of climate change on a region of the world often ignored or unseen by Western audiences. Nila’s remarkable cinematic achievement brings a much-needed perspective to one of the most important issues of our time.” says Karen. There is a larger association of Australian producers James Lingood and shekhar Mani of Great Southern Ark Productions.

The film is shot on celluloid (Super 16mm, Kodak) in today’s world of digital cameras. “Kodak is thrilled that the project ‘Kadvi Hawa’ directed by Nila Madhab Panda and filmed by DOP Ramanuj Dutta was captured on Super 16mm Kodak Motion Picture Film. It breaks the myth that film is more expensive to shoot on. From the first rushes on, we were stunned by the amazing images and the feel the visuals carried, even just after the basic Tele-cine grading. Film still is the gold standard. Congratulations to the team for capturing the emotions in the way they did,” said Amit Sherigar, Account & Business Development Manger, Kodak Motion Picture and Entertainment Eastman Kodak Company, India. 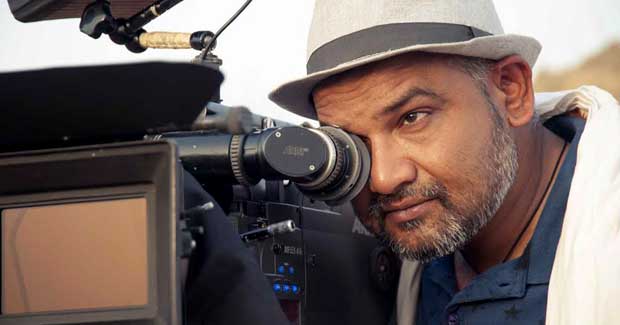