The first look teaser of Barsha Priyadarshini’s upcoming Odia film ‘Nimki’ released on Tuesday and it has captured the attention of audiences.

We get to see posters of Biju Patnaik and Naveen Patnaik in some scenes. Biju Janata Dal (BJD) flags can be seen in one scene. It can be termed as trailer of the film, if we consider length of the video.

The story is about a village girl who is inspired by our chief minister Naveen Patnaik and tries to solve problems of her village. After that she travels from her village to capital Bhubaneswar to meet the CM. Nimki will release shortly. 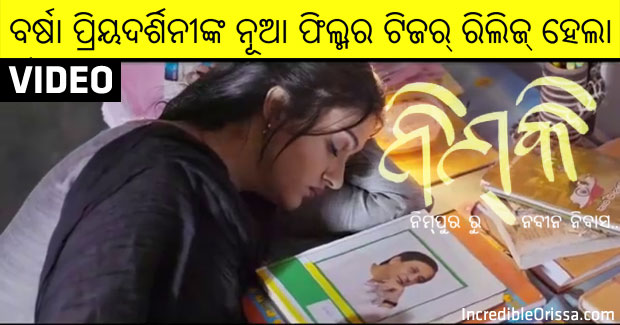