Synergy, the official Dance Club of NIT Rourkela, has created a reputation for itself by winning Terpsichore, the Group Dance event at Pearl 17, the annual Cultural Fest of BITS Hyderabad.

If you thought engineering college students are supposed to be studious, academic and serious looking and more than often, surrounded by fat books in a huge library, you haven’t yet met the 25-member crew of Synergy dance club of National Institute of Technology (NIT), Rourkela. 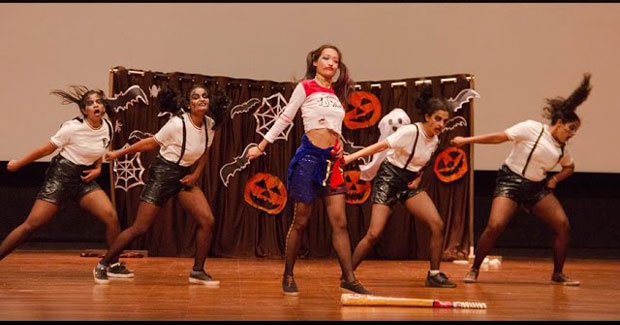 Synergy had to compete with well-known crews such as UURJA (Hansraj College), Live Wire Crew (VNR VJIT), RAIT, IIT Madras etc. and had bleak hopes of winning in the Group Dance event at BITS Hyderabad.

However, Synergy surpassed all expectations as they rocked the stage with an unusual “Halloween Party” theme, portrayed with a foot-tapping and engaging collection of songs, impeccable energy and synchronisation and most importantly originality.

It was for the first time that “Captain Jack Sparrow” was seen flirting with “Harley Quinn” and the scary “Valak” being outnumbered by “Mr. Bean”. The rendition of Michael Jackson’s unforgettable number “Thriller” was an instant hit with the audience as well as the judges at Hyderabad.

The crew’s hard work was awarded with hoots, claps and cheers and a standing ovation from the entire crowd (a rarity with the BITS audience). The performance kept the audience talking about it long after it was over, and the fact that it came from a bunch of students who belonged to an engineering college and not a professional crew speaks versions of Synergy’s hard work and determination. Nonetheless, Synergy was titled as the victors of Terpsichore 2017.