Online train tickets booked through the IRCTC website will become cheaper from November 23 to December 31 as the government has waived service tax to encourage cashless transactions in the wake of the demonetisation exercise.

A tax of Rs 20 is usually levied on sleeper class tickets and Rs 40 on AC class tickets while transacting via the government-run website.

“Now the passengers won’t have to pay the service charges on booking E-tickets and I-tickets through IRCTC from tomorrow till the end of the year,” railway Spokesperson Anil Kumar Saxena said.

He said the decision was taken at a meeting between the senior officials of the railways and IRCTC to encourage cashless transactions following the government’s move to ban Rs 500 and Rs 1000 currency notes.

It will be a difficult decision for IRCTC to make because almost 33% of its revenue comes from the service charge collected on online bookings. About Rs 540 crore of IRCTC’s revenue of over Rs 1500 crore in the last financial year came from ticket bookings, which also contribute to the dividend it pays to the railways.

Close to 12 lakh train tickets are purchased on the IRCTC website every day, accounting for almost 55% of all the railway bookings in the country. If a higher proportion of bookings shifts to IRCTC, it would help the national transporter cut costs by reducing the number of ticket booking counters. 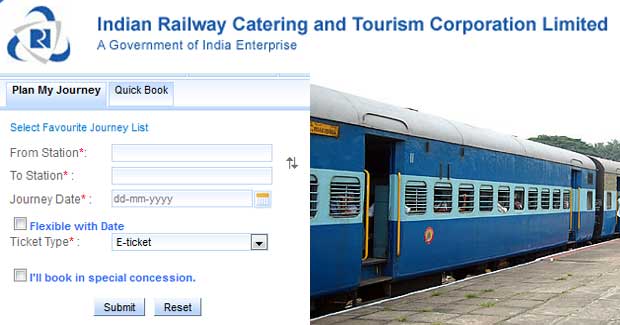