The Odisha government has initiated the process to update the National Population Register (NPR), with the launch of a pilot survey, an official said.

“As per instructions of the Registrar General of India, the NPR exercise has begun. A pilot survey has been carried out in parts of the state, while door-to-door survey and house-listing will be taken up mid-April,” he added.

Explaining the format, the official said the number of fields on the registration form had been increased and several questions rephrased.

Unlike 2010, when the NPR was last updated, every applicant, this time, would have to furnish Aadhaar number, mobile number, voter ID and driving license.

“In 2010, people were asked by NPR enumerators to provide names of father, mother, and spouse, while also stating if they were alive. This time, people will have to provide the date, place of birth of parents, mother tongue and other relevant details if born outside the country,” the official said.

Amid fears that the exercise could be a precursor to NRC implementation, the Union Cabinet had last month given its go-ahead for Census 2021 and NPR updation, while making it clear that the apprehensions were unfounded.

READ: Puri beach in Odisha is second most cleanest beach in India 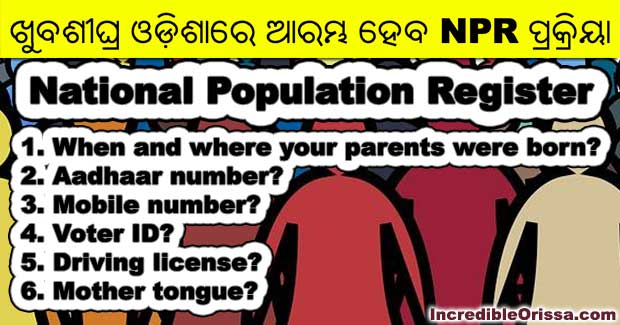