The Odisha government has decided to observe March 11 as Odia Bhasha Divas across the state, Culture minister Ashok Panda announced in Bhubaneswar.

It will serve to propagate the Odia language and its cultural heritage and values.

On this day in 2014, the Sahitya Akademi had given classical language status to Odia.

The Culture Department and Odisha Sahitya Akademi will organise a host of programmes to mark the occasion which will be observed State-wide, Panda said.

Essay and debate competitions will be organised at school and college levels and cultural programmes organised across the State to focus on the classical status of Odia language. 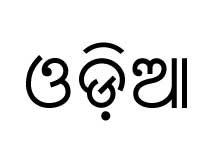 In another important decision taken at the meeting, the government also set in motion the process to accord state anthem status to ‘Bande Utkala Janani’ announcing the formation of a committee headed by the Law secretary for the purpose.