Along with the champion trophy, Janmejaya also grabbed the gold medal in the 75 Kg above category. He got selected to participate in the NABBA World Championship, scheduled to be held at Samara in Russia from January 16 to 17.

Janmejaya Mohanty, who recently quit the Odisha State association and representing West Bengal said, “I never thought of quitting my own State, but to protect my sporting career, I have forced to take such decision. Odisha State Bodybuilding Association always showed a step-motherly attitude towards my career.”

Janmejaya had won silver medal in the Mr India 2009 and 2011. He bagged gold medal three times in the Eastern India Bodybuilding meet in the 85kg category. 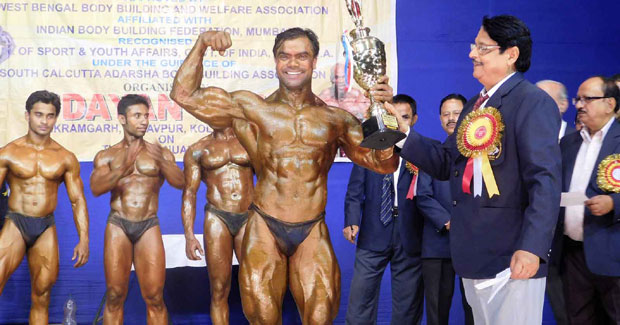