The incident occurred at Jogeshwari railway station, when the victim Pranali Bandekar was heading towards her house in Goregaon in a slow local train on Tuesday evening.

Suubrat followed the offenders, recorded a video and posted it on social media.

According to the Andheri GRP, on Tuesday, when Bandekar was standing at the door of the local train, she had her phone in her hand. When the train started moving towards Borivli, a man who was on the platform snatched the phone from her, following which Bandekar screamed. 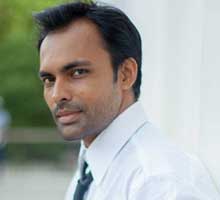 Pradhan heard her, and saw the three offenders (the person who had committed the theft and two accomplices) leaving the railway station, and taking refuge in a nearby slum. The actor followed the three culprits. He walked faster and passed them. Then he stood on the road and recorded their faces.

According to officials from the Andheri GRP, the complaint has been recorded and the hunt for the accused is on.