A cartoonist duo from Odisha’s Balangir have won a special prize at a national-level cartoon contest on environmental degradation. The theme for the contest was “Beat Plastic Pollution”.

Brothers Aswini and Abani Rath won special prize at the contest, jointly organised by Cartoon Watch, a Raipur-based cartoon magazine, and the Chhattisgarh Environment Conservation Board.

The duo’s cartoon sent a strong message on the plastic menace, considered to be one of the biggest pollutants. Expressing happiness over their success, Aswini, the elder of the two, said they always took environment issues and climate change as a challenge.

“It is important that cartoonists talk about burning issues such as climate change and environment pollution. We are happy that our work has been rewarded,” he said.

This is not the first time that the duo’s works reflected such topics. They started a campaign some time back to warn people about increasing temperatures and its effects through their cartoons. They prefer to draw cartoons on climate change, global warming, environment pollution and other related themes and circulate it in the media, exhibitions and on the Internet. 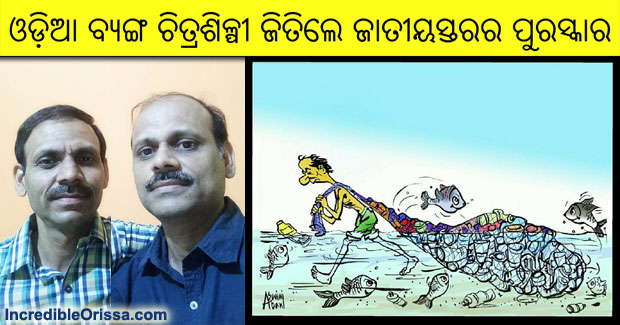