The pre-eminence of Jatra can be attributed to the failing Odia Film Industry due to blind imitation of other language films, lack of originality and poor return on huge investment. 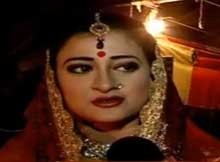 During the last three decades, curiously, the distinction between Jatra and Cinema, not only in terms of thematic content but the spectacular aspect as well, has become increasingly blurred.

Jatra has become surrogate cinema, as it were, for its predominantly rural audiences.