The Odisha Film Development Corporation (OFDC) in association with information and public relations department will host an international film festival with special focus on Odia movies of all genres in November-December this year.

The festival will be organised simultaneously in Bhubaneswar and Cuttack. Though auditoriums of Institute of Mines and Minerals Technology, KIIT and Xavier Institute of Management Bhubaneswar (XIMB) have been shortlisted for screening of the movies, a final decision in this regard is yet to be taken.

It was decided at a meeting held under the chairmanship of chief secretary Jugal Kishore Mohapatra on Saturday. He also asked OFDC to create an archive of good and qualitative Odia films from both traditional and modern realms, an official release said. 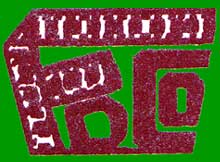 The government has also planned to organize Odisha festivals in cities like Bangalore, Mumbai and Hyderabad from this year. Good Odia films, Odissi dance, music, tourist treasures, handicrafts and textiles will be showcased at the festivals.