Odia film Khyanikaa – The Lost Idea is all set for its Hungarian premiere at the Zsigmond Vilmos International Film Festival in Szeged.

Khyanikaa is the only Indian film to be screened at the festival that begins on May 9. This will be the eighth country and 12th international film festival, where this Odia-Indie film will be screened.

The film is a fantasy-driven tale of two men – a poet and a painter – claiming possession over the same idea in a rural village portrayed as a wonderland. “Idea is personified as a beautiful young lady free of all bondage. The two men try to justify their claim over their idea through their forms of art,” said Amartya.

The film, produced under the independent banner of Swastik Arthouse, features Amrita Chowdhury as Idea, Susant Misra and Swastik Choudhury as the aspiring painter and poet, respectively. 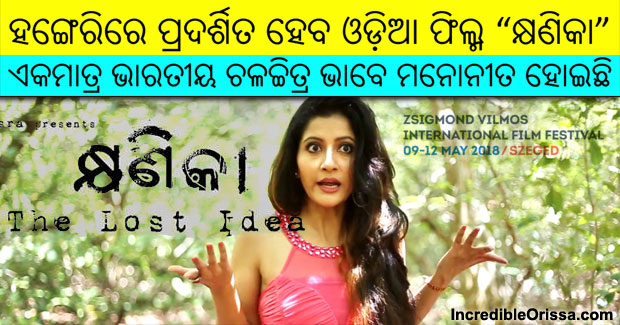