A rare collection of Odia film posters, tracing the 80 years of Odia cinema, is on display at Chhaya Pratichhaya, a first-of-its-kind exhibition that kicked off at the Odisha State Museum in Bhubaneswar.

From a small advertisement of Sita Bibaha published in an Odia daily to 80 hand-painted and block painted posters of Odia movies are showcased at the exhibition.

These are part of the vintage collection of the Film Journalists Forum (FJF). “A great deal of effort went into collecting these posters. We got some from production houses, distributors and individuals. Many of them were in very bad shape. Some were available only in magazines or books and had to be recreated, redrawn and re-coloured,” said secretary of the forum Surya Deo.

The posters give an insight into the changing trend, advancement in technology and calligraphy as the title of the film, name of actors, directors and producers were written in different styles.

Also on display are posters of second Odia film Lalita, released 13 years after Sita Bibaha, Sri Lokanath, Jiban Sathi, Maya Miriga and several other films that bagged national awards, Hisab Nikas, the first film to use cinemascope technology and Sansar, the first Odia film to be made tax free by the state government. 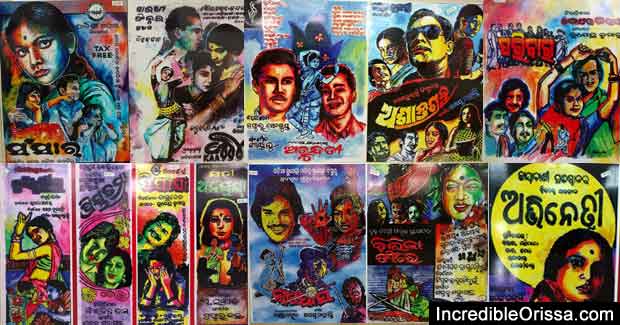