Khyanikaa – The Lost Idea, a film by Bhubaneswar-based filmmaker Amartya Bhattacharya, will be screened at Mosaic International South Asian Film Festival 2017 at Mississauga, Ontario in Canada, on August 5.

This will be the second international festival screening of the film after its world premiere at Hidden Gems Film Festival in Calgary. Now filmmakers in Bhubaneswar are getting acclaimed for their work on a number of national and international platforms. 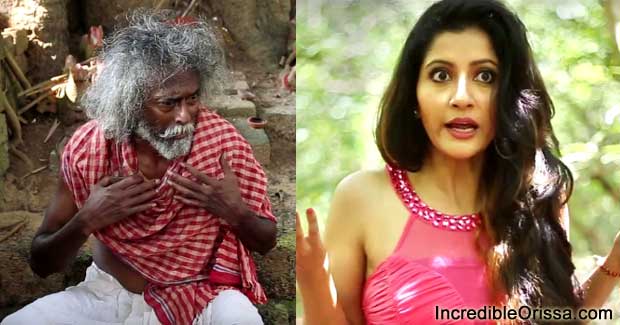 The film is a tale of two men – a poet and a painter – claiming possession over the same idea (portrayed as a woman), in a village depicted as a wonderland.

“Idea is personified as a beautiful young lady free of all bondage. The men try to justify their claim over the idea through their forms of art,” Amartya said.

The film, produced under the banner of Swastik Arthouse, features Amrita Chowdhury as the idea, Susant Misra and Swastik Choudhury as the aspiring painter and poet, respectively.

Unable to settle the conflict, both the men approach “fate”, personified as a big fat man of authority, to judge their claims. Hrushikesh Bhoi who plays the role of Kansha at the dhanu yatra of Bargarh portrayed the character the fate.

Amartya, who won the National Award for Best Cinematography (non-feature films) last year for his 80-min film Benaras-the unexplored attachments, says: “The film was shot with an entry-level DSLR camera. I am excited that it got selected as it will help portray Odisha’s art and culture.”

His latest film Capital I was released last year after being screened at a number of national and international film festivals.