The selection of India’s official entry for the Oscars 2020 is currently taking place in Kolkata, West Bengal. The screening process started on September 18 and is expected to continue until September 22.

Now, we hear that Odia filmmaker Akshay Parija’s Bengali movie ‘Konttho’ is in the total list of 28 films that are being screened for the jury, which will decide India’s official entry to the Oscars, from among these movies.

At a time when Ollywood is struggling with low audience turnover as well as encountering a dearth of efficient mainstream filmmakers who can make content-driven films, Odisha’s very own Akshay Parija’s Bengali films are turning into a household name in the Bengali film Industry.

The story of the film revolves around a successful RJ Arjun Mallik whose life suddenly takes a tragic turn when he is diagnosed with Laryngeal Cancer. His whole world comes crashing down when his profession takes a setback because of his disease while his wife Pritha, played by Paoli Dam, continues working as a voice artist. Depression takes over Arjun when he sees his wife performing and his own career crashing down in front of him. Things change when Romilla, a speech therapist, played by Jaya Ahsan, starts training Arjun to speak with his Esophageal voice thus bringing a positive turn in his life. 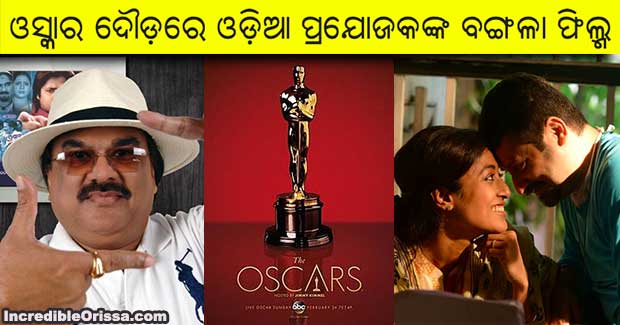