Anubhav Mohanty, Preeti (child actor), Poulomi Das and Jhilik Bhattacharjee starrer emotional drama Baby is directed by Murali Krishna. It narrates the tale of a doting father who has to sacrifice a lot in his life for the well being of his daughter.

Babushan Mohanty, Supriya Nayak and Mihir Das starrer romantic comedy Love Pain Kuch Bhi Karega is directed by Ashok Pati. Babushan has turned a cricketer to woo the father of his lover in the film. “I have always been a laidback actor. But, in this film, I have put in a lot of hard work and physical efforts,” said the 27-year-old actor.

Sabyasachi Mishra, Barsha Priyadarshini and Archita Sahu starrer drama Chhati Tale Ding Dong is directed by Mrutyunjay Sahu. The major attraction of the film will be Bollywood actor Shakti Kapoor, who plays a major role in it.

Film distributors believe that though producers cash in on the festive mood to release their films, the lack of decent cinemas in the state remains a big problem.

There are only around 80 theatres functioning in the state, including six in Cuttack and seven in Bhubaneswar, in which Odia films are released on a regular basis.

“All the four films are being released by big banner production houses. So, the competition is going to be very tough,” said film distributor Swagat Kar.

WATCH: Shakti Kapoor’s danced in this Odia song with girls 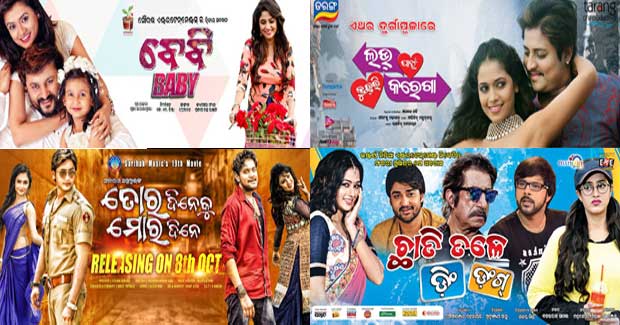