This movie made by a team of students graduating from the American Film Institute (AFI) in 2014 and edited by Odisha girl Anisha Acharya, has won the prestigious 2015 Annual Student Academy Awards, also known as the Student Oscar.

After completing her graduation in product and graphic design at NIFT Bangalore, Anisha Acharya joined the Master’s course in Film Editing at the American Film Institute (AFI) at Los Angeles in 2012.

She loves storytelling for its power to excite, hearten and uplift the soul. Making stories come to life on the big screen is her driving passion.

Anisha is the granddaughter of freedom-fighters – the late Kirtan Bihari Acharya and Taramani Acharya – and the daughter of social development professional Dr Jagabandhu Acharya.

Besides the Student Oscar, the film ‘Day One’ has already won the prestigious BAFTA US Student Award and the Student Emmy Award, and a number of awards in various film festivals. 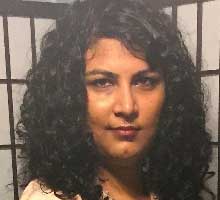 More about the films of Anisha Acharya can be found at www.anishaacharya.com.