Prime Minister Narendra Modi on Wednesday appointed Odia IAS PK Mishra as his Principal Secretary in place of Nripendra Misra, who recently stepped down from the top job at the Prime Minister’s Office.

PK Mishra, a 1972 batch IAS of Gujarat cadre is a native of Sambalpur and one of the few top bureaucrats to be retained by Modi government after returning to power for the second time. He was earlier serving as the Additional Secretary to the PM in the rank and status of Cabinet Minister.

PK Mishra and PM Modi have known each other for nearly two decades. Back in 2001 when Narendra Modi was first sent to Gujarat by his party to take charge of the state, PK Mishra was his top aide in the Chief Minister’s Office and stayed in this post for the next few years.

As Additional Principal Secretary to the Prime Minister during 2014-19 Dr Mishra is credited with introducing innovation and transformative changes in human resource management, particularly appointments to senior positions.

With a postgraduate and PHD in economics, Mishra has served in various key positions for both Indian and Gujarat governments and is considered to be one of the most powerful bureaucrats in the country. 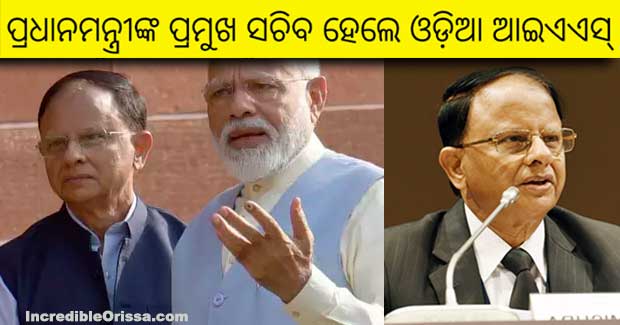