Renowned Odia lyricist Nizam passed away at the age of 62 at Apollo Hospital in Bhubaneswar.

He had been unwell for a long period and was admitted to the hospital for treatment since last few months. Nizam had undergone kidney transplant operation a few years back in Hyderabad. A few months back he developed problems and admitted at a city-based hospital.

Nizam started his career in 1977 and he did not look back after that.

The Odia film industry and Nizam’s fans have expressed shock over the demise of the lyricist and thronged at the hospital here to take a last glimpse of the noted lyricist. 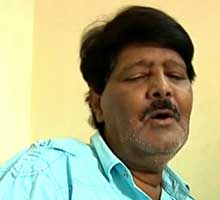