Three Odia movies released on Sunday (June 12) starring Anubhav, Arindam and Babushan in lead for Raja 2016. Usually Raja and Dussehra are the two festivals during which maximum number of films is released in Odisha.

Produced by Akshay Parija, “Agastya” is set with the backdrop as the underworld. “I am playing a dark character in the film and it has a realistic treatment to it. It is a romantic thriller and has a lot of things to watch out for,” said Anubhav. Directed by K. Murali Krishna, the film also stars Jhilik Bhattacharjee and Akash Das Nayak in other major roles.

Sudhanshu Sahu directed “Premare Premare” is a musical love story from Sarthak Films. “The film is packed with drama, emotion, music and action. Other big-budget films are also releasing at the same time but we are not too bothered about profits. If the film is good, people will not mind watching this and other films too,” said the director. The film is produced by Sitaram Agrawal and stars Aparajita Mohanty and Mihir Das in other leading roles.

It is alleged that some of these films are remakes and lift offs of Telugu, Kannada and Hindi commercial movies. But it is the audience that counts rather than critical acclaim. It is a welcome note in this age when dragging audience to a theatre to watch a movie is a hard task; Odia films are continuing to have houseful shows during Raja festivities. 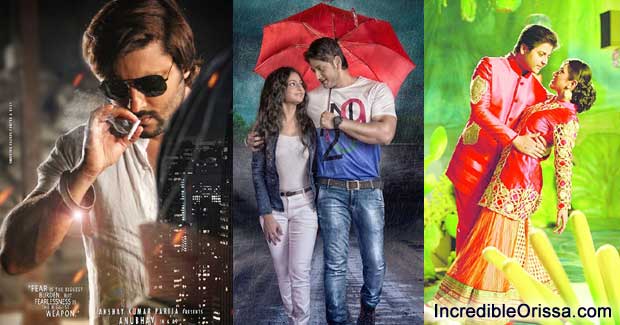