Arup Patnaik, former Police Commissioner of Mumbai, has taken on a new role post-retirement. The tough cop, who earned himself the reputation of cracking down on bars across Mumbai, now spends most of his time interacting with cancer patients and finds ways to ease them into the treatment process.

He is the first and only Odia IPS officer to hold the post of Police Commissioner of Mumbai. Mr. Patnaik, who retired in September 2015 after a 36-year-long career with the Maharashtra Police, has started a non-profit called Konark Cancer Foundation, which hand-holds cancer patients at various levels of treatment.

“If you simply walk outside Tata Memorial Hospital, hundreds of patients have to sleep on the road. They undergo rigorous chemotherapy but still have to eat outside food. Our aim is to clear that street and help everyone find temporary shelters and food,” he said.

Most of the patients the Foundation helps are from Odisha, Mr. Patnaik’s home State. “When they come to Mumbai for treatment, it is like they are lost in an ocean. They are drained emotionally, physically and financially. At this time, all they need is someone to comfort them and be around to help them with little things. That is where Konark comes into the picture,” said Mr Patnaik.

The non-profit has helped as many as 157 patients so far. Patnaik says,“We are simply the aggregators. There are so many NGOs who provide food, shelter and other assistance but many patients don’t know about them. Most patients who land in Mumbai are clueless about the city and the language and face severe difficulties. We are helping to connect these patients to the right NGOs.”

Now at a nascent stage, the Konark Cancer Foundation plans to spread out to several regions of the country. ALSO READ: Odisha Parba 2017 in New Delhi from April 29 to May 1 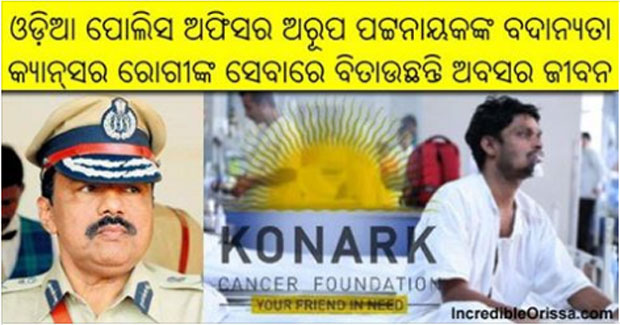