This is the first ever theatrically released Hollywood film made by any Odia producer. 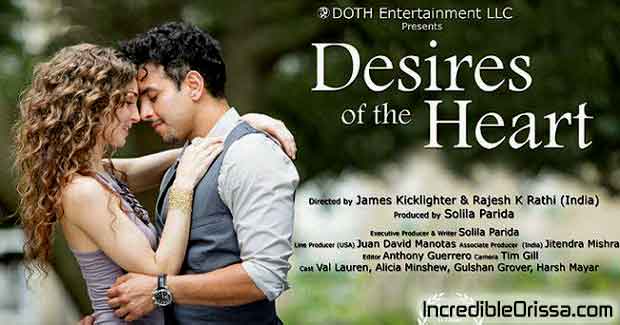 India has witnessed so many Sati incidents before and in the male dominant society woman has to sacrifice always, but hardly any film has been made focusing this topic. Desires of the Heart portrays this issue in a lighter manner along with great colour and soulful music.

Jitendra Mishra, is the associate producer of the film where as Mumbai based Luminosity Pictures is distributing the film in India.

Desires of the Heart film has been released in major cities of India like Mumbai, Delhi, Gurgaon, Jaipur and Bhubaneswar.