Odia scientist Sandip Kumar Mishra claimed to have made a breakthrough in finding a cure to breast cancer. He works with the Institute of Life Sciences (ILS), under the department of biotechnology.

“Talks are on with the All India Institute of Medical Sciences (Bhubaneswar) to experiment his findings on a clinical trial. It may take three months, as prior to that we have to take the permissions of the ethical committee of AIIMS, Union government and the ILS,” he said.

Mishra said he had talked to a number of oncologists of the state as well from abroad about his findings and all of them were quite upbeat about it. Prior to joining the ILS, Mishra was working as the faculty at MD Anderson Cancer Centre, in Houston, Texas.

About his drug, the scientist said: “I, along with my team, have developed the drug called Artemisinin from Estrogen Related Receptor beta (ERRß) molecule and leaves and flowers of sweet wormwood plant (botanical name – Artemisia annua) claiming it to be successful in curing the breast cancer patients.”

He proved that the cancer cells migration and invasion could be restricted and controlled by Artemisinin in estrogen receptor positive (ER-positive) breast cancer cells. 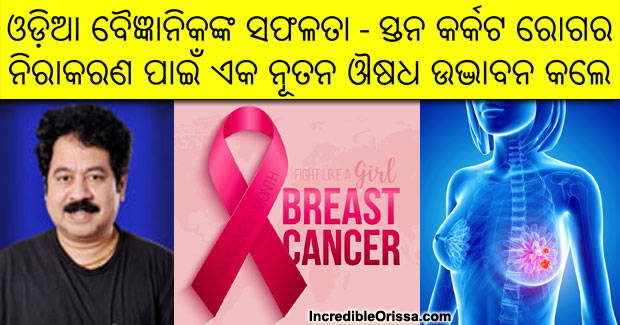