Jagara vs Valentine is a brand new Odia song in the voice of Sricharan Mohanty and released on E Halchal recently. Valentine’s Day and Shivaratri fall on the same day this year i.e. 14th February 2018.

The song ‘Jagara vs Valentine’ is a beautiful number, sung and composed by Sricharan Mohanty and written by Saranarabinda. 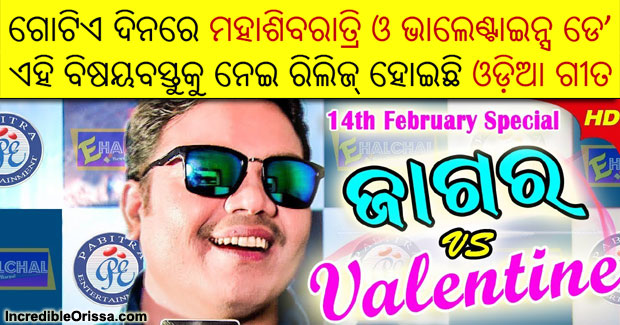