Police have formed an anti-Romeo squad in Odisha’s Koraput district to check the frequent incidents of girls being harassed by eve-teasers while going to college, tutorials and computer classes.

“In recent times, we received several complaints at various urban police station areas that the girl students are being harassed by eve-teasers, who pass lewd comments. Hence, to ensure the safety of girls, the squad has been formed,” said Koraput police superintendent Kanwar Vishal Singh.

Speaking on its modus operandi, Koraput additional police superintendent Sagarika Nath, who heads the squad, said: “Blocking is done in and around schools and colleges from where complaints have been received. Our men have been asked to keep an eye on unwarranted acts. Action is being taken only if the squad identifies unwarranted gestures by a person.”

During its campaign at Jeypore since Thursday, the squad has caught over 50 offenders from various locations of the town on charges of rash-driving and eve-teasing.

“On a priority basis, we are campaigning at Jeypore as most of the complaints were from here. We have intensified patrolling around all educational institutions of the town, especially during the closing time of classes,” she said. 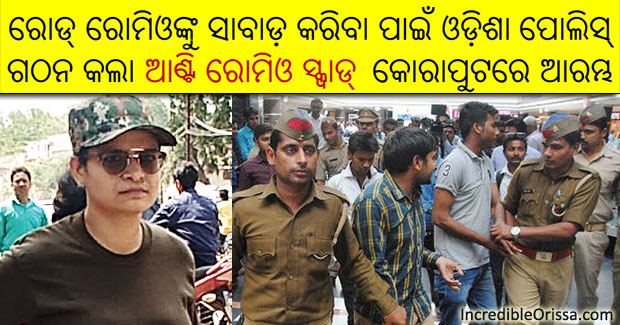