Anya Das is among the 16 aspirants from Odisha who cleared the Union Public Service Commission (UPSC) examinations, the results of which were published on Friday.

According to sources, Anya Das, who secured an all India rank of 60, is the topper from Odisha. “I studied for 10 to 12 hours a day. I will focus on the development of quality education,” said Anya.

Anya, daughter of an Odia journalist from Jamshedpur, is now working at Indian Railways Personnel Service. She was a student of Ravenshaw College in Cuttack.

Considered the toughest examination in the country, the test was held in September-October 2018 and the interviews for personality test were held in February-March 2019. About 800,000 candidates had appeared for the preliminary examination in 2018. 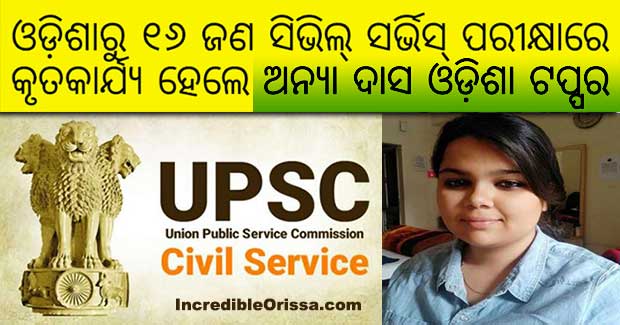