Odisha will in April become the first Indian state to have an early warning system in place for natural disasters such as cyclones and tsunami for people living along its coast.

Disaster warnings would be issued through sirens that will go off simultaneously from 122 towers in six coastal districts, disaster management department secretary Bishnupada Sethi said on Thursday.

“The EWDS (Early Warning Dissemination System) project aims to establish a fool-proof communication system to address the existing gaps in disseminating disaster warning up to the community level,” he said.

The districts are Balasore, Bhadrak, Kendrapara, Jagatsinghpur, Puri and Ganjam.

A coastal state, Odisha is prone to cyclones that cause huge loss of life and property. A super cyclone in 1999 left 10,000 people dead.

The moment information about an impending cyclone or tsunami would be received, a press of button in the control room in Bhubaneswar would set off the sirens, which would be heard in a radius of 1.5km, Sethi said. 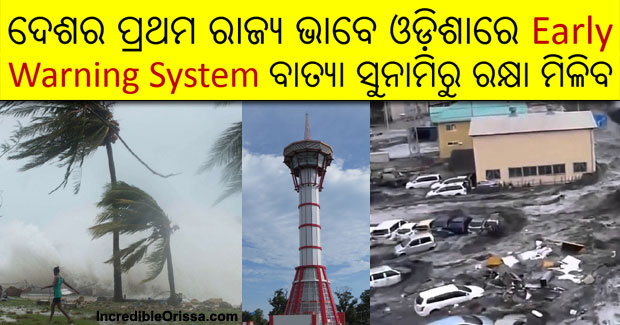