Those from Odisha planning to visit Chennai will no longer have trouble finding comfortable accommodation at a reasonable rate. The foundation for Odisha Bhawan was laid on May 11, 2012. The Bhawan has been built at a cost of Rs 22 crore.

“With completion of this facility, we have created an institution which will provide a platform for engagement between Odisha and the State of Tamil Nadu,” said the Chief Minister.

“Chennai is one of the most important metropolis in the country and has attracted a very large number of Odias, for employment, business and various professional engagements. Similarly, a large number of Tamils have also been living in Odisha. And together we are contributing to each other’s growth,” said the Chief Minister.

“In this context, it was felt necessary that we create a facility which will not only provide accommodation but will also showcase Odisha’s art, culture, craft and facilitate public relations activity in the state. This Bhawan will also be the focal point for different agencies of my Government,” he added. 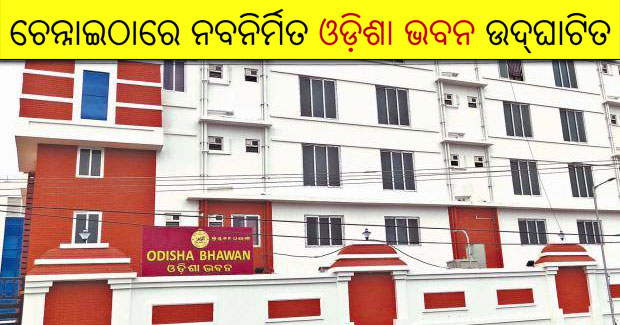