Odisha has border disputes with four neighbouring states (West Bengal, Andhra Pradesh, Jharkhand and Chhattisgarh) over 96 villages and the villages are spread of 10 districts of the state. Revenue and disaster management minister Maheswar Mohanty informed this in a written reply to a question in the assembly from Dilip Ray (BJP).

The minister said Odisha has dispute with West Bengal over six villages in Balasore and eight villages in Mayurbhanj district.

The minister said Odisha has dispute with Chhattisgarh over four villages in Nabarangpur district and one in Jharsuguda district. Besides, Odisha also has disputes over rivers and forests with neighbouring states. 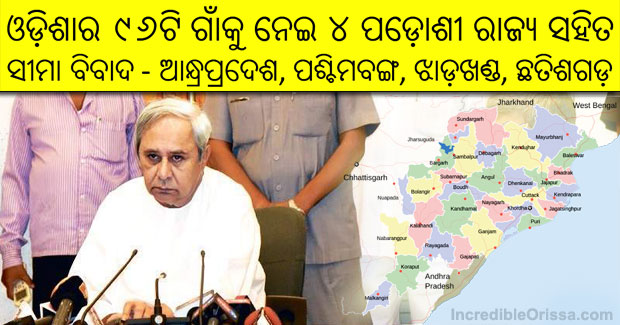