Odisha-born diplomat Amarendra Khatua has been nominated as world’s most prominent ambassador.

A few hours after completing his successful tenure as the Ambassador of India to the Argentina Republic, ABC World nominated Amarendra Khatua as the diplomat most prominent among those who finished their duties.

“Argentines are getting to know many things about India as they are traveling to my country. The economic ties have grown manifold with an increase in exports and imports. Information and technology companies have employed over 1,800 Argentine workers, four floors of agrochemicals, motorcycles and tractors assembly in Santa Fe, pharmaceuticals and utilities have been set up,” Khatua was quoted as saying to ABC Mundial.

Notably, the 1981-batch Indian Foreign Service (IFS) officer from Odisha has special interest in Odia poetry. Khatua began to write poetry decades before he ventured into diplomacy. He has many publications including in Odia, English, Hindi and Telugu to his credit. In addition to this, his poetry has been translated in all major Indian languages and in Spanish and Russian.

CHECK: Odia IFS appointed as next Ambassador of India to Norway 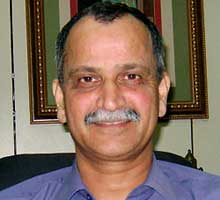