Debasis has topped the list for Air Force Academy, Indian Naval Academy and has come second in the merit list for Indian Military Academy. “I will choose the Air Force though I find all three equally exciting,” Debasis said.

A BTech (electrical) pass-out of College of Engineering and Technology, Bhubaneswar this year, Debasis cleared the CDS in the first chance.

On what attracted him to join the defence forces, Debasis says, “I don’t find any reason not to join. It’s exciting, honourable and glorious. You get a chance to serve the country the best possible way. The salary is good,” he said.

Debasis said for past more than three years he was preparing for the CDS. “I had appeared for NDA four times but could not make it. I was determined to crack the CDS. Apart from following a disciplinarian routine, I read books on personality development and on military,” said the 20-year-old.

His father Prafulla Sarangi and mother Suchitra Dash are both teachers. There is no one from defence background in his extended family or relatives. Eldest of three siblings, his younger brother is pursuing his B.Sc. while sister is studying homoeopathy.

ALSO READ: Odisha tops in country in the construction of rural roads 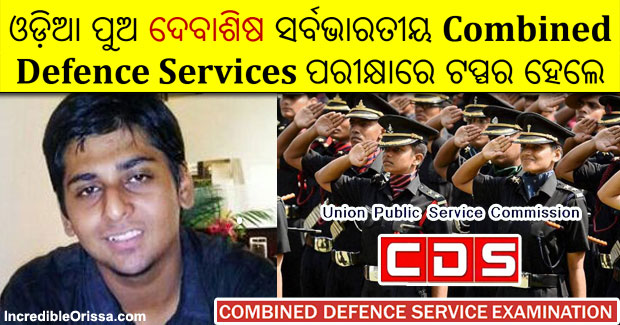