Farchaa, a short film made by Odisha boy Sisir Kumar Sahu has been shortlisted for screening at the 19th Jio MAMI Mumbai Film Festival beginning October 12.

The short film depicts how the two men after retirement came to a railway track to commit suicide following ill-treatment by their children for years and change of their decision following a conversation between the two. Watch the teaser of the film here.

The 25-minute long film was selected under ‘LARGE SHORT FILMS’ category. Total 10 best shot films have been shortlisted for the screening at the week-long festival.

“It’s a team effort and makes us really happy that our film has been shortlisted under perfect ten short films for screening,” said elated Sisir Kumar Sahu thanking all the cast and crew of the film.

The 30-year-old hails from Keonjhar and has worked with Benegal in a ten parts television series on the making of the Indian Constitution for Rajya Sabha TV. He had also worked as an assistant director to Ashutosh Gowarikar for Hrithik Roshan-starrer ‘Mohenjo Daro’. 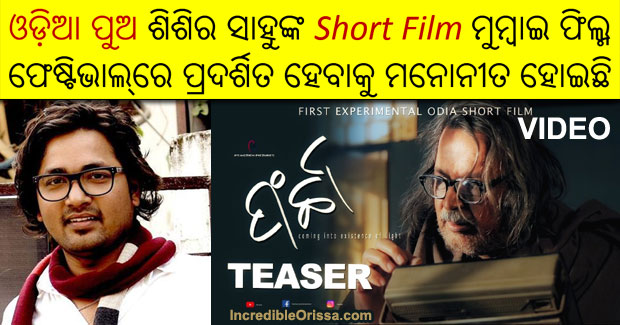