The state government on Saturday decided to hold the Odisha Civil Services Examination every year from 2015.

The Odisha Public Service Commission (OPSC) conducts the examination. Since Odisha civil service examinations were not conducted for the last three years (2012-14), a large number of candidates could not apply for the examination because of the maximum age limit.

The state government has given its nod to the proposal to introduce negative marking for multiple choice questions in the Odisha Civil Services examinations.

For each wrong answer given by an examinee, one fourth of the marks assigned to that question will be deducted as penalty, said chief secretary Gokul Chandra Pati after cabinet meeting.

If a candidate marks more than one choice for a question, it will be treated as a wrong answer. But if a question is left bank, the examinee will not be penalised, Pati said. 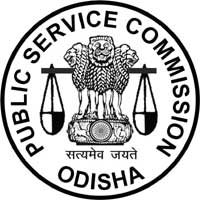 The decision was taken as the OPSC, which recruits candidates for the Odisha combined civil services, had expressed displeasure over the irregular conduct of the recruitment examination.

The Odisha Civil Services (OCS) Exam 2011 was held in the state after a gap of six years.