BCJD also bagged the general secretary post with the win of its candidate Suryakant Sahoo. 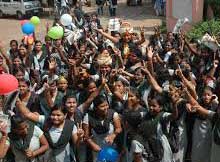 On the other hand, the Congress, which had been ruling the roost in the students’ union elections in the Utkal University since last 14 years, has cut a sorry figure as the party failed to field a candidate in this election.

Meanwhile, the authorities of the BJB Autonomous College lifted the sine die today.