The Odisha government is going to set up State’s first computerised vehicle fitness testing centre near Naraj in Cuttack district by April 2019.

A new system will be introduced soon for providing a driving license (DL) and vehicle fitness certificate to the applicants through computer test in Odisha.

Sources in the transport department said that the driver will not be entitled to avail the DL and fitness certificate if he fails in the computer test.

The authorities have sanctioned Rs 18 crore for opening up of the centre at Naraj. The proposed centre will also be set up in Berhampur and Rourkela.

Earlier, the process was done manually. With setting up the computerised fitness centre, all the tests of the vehicles will be conducted through a computer for an error-free report.

Similarly, an Automatic Driving Training System (ADTS) under 35 RT offices will be opened soon. The budgetary provision of Rs 30 crore has been sanctioned for the proposed set up. 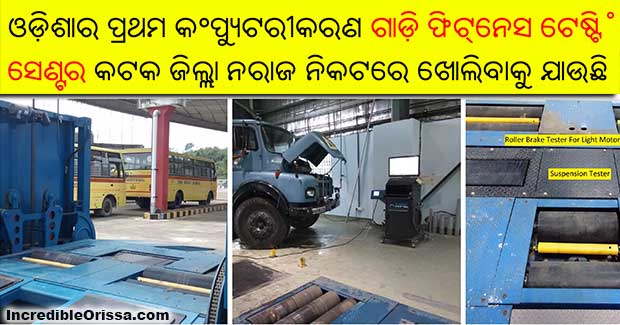