A day after Congress MLA Naba Kishore Das was caught allegedly watching pornographic videos in the Odisha Assembly, Speaker of the Assembly today suspended the legislator for seven days.

The Speaker took the decision after Government Chief Whip Ananta Das brought a motion and that was passed by a voice vote.

After a local news channel aired the video of the Congress MLA watching pornographic videos on his smart phone on Monday, ruling Biju Janata Dal (BJD)’s Mahila Morcha president and MLA Pramila Mallick on the day had demanded action against the legislator.

Speaker Niranjan Pujari suspended the Jharsuguda MLA for a week for watching obscene videos in the House while the Assembly was in session yesterday.

The Speaker referred the matter to the Ethics Committee of the Assembly to inquire into the allegations. Notably, the Committee is headed by BJD MLA Ranendra Pratap Swain.

Opposition BJP and Congress on Tuesday staged a walk-out in the Odisha Assembly criticising the ruling BJD for moving a motion for suspension of Naba Das in the alleged obscene video case.

Terming the suspension of Das unlawful, Opposition leader Narasingh Mishra said the matter should be investigated first before punishing the member.

Suspended Congress MLA Naba Das told reporters outside the Assembly on the day, “The way the Speaker has suspended me for seven days is undemocratic. As I had told yesterday (Monday) that I was opening e-mail and the videos in Youtube opened accidentally. I would urge him to reconsider the decision and order a probe.”

He also added, “As the BJD has majority in the House, it has resorted to dictatorial rules. It can suspend anyone from the Assembly with a simple allegation.” 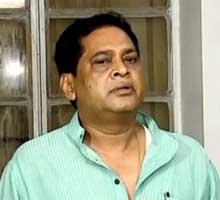 BJP MLA and Odisha BJP chief KV Singhdeo said, “Without waiting for the report of Ethics Committee, the ruling party brought a motion. Even the Jharsuguda legislator was not given a chance to explain”.

Pertinent to note that, cell phone has been banned while the House is in session.