Odisha has contributed significantly for the country’s first indigenous Light Combat Aircraft (LCA) Tejas which was inducted in the Indian Air Force (IAF) on Friday, after a wait of over three decades.

The Central Tool Room and Training Centre (CTTC), a Government of India organization under Ministry of Micro, Small and Medium Enterprises, has prepared various critical assemblies of the fighter aircraft at its production centre in Bhubaneswar.

Managing Director of CTTC Sibasis Maity said it was a proud moment for the technocrats here and a historic occasion to celebrate. “Along with the Tejas, the Centre has been supplying LRUs for various Technology Development (TD) series aircraft, Limited Series Production (LSP) aircraft and for the newly formed squadron of the IAF,” he said.

CTTC is the only approved work centre approved by the ADA and Centre for Military Airworthiness and Certification (Cemilac) for manufacturing, assembly and testing of fuel system LRU, ECSLRU and HSFLRU of LCA. 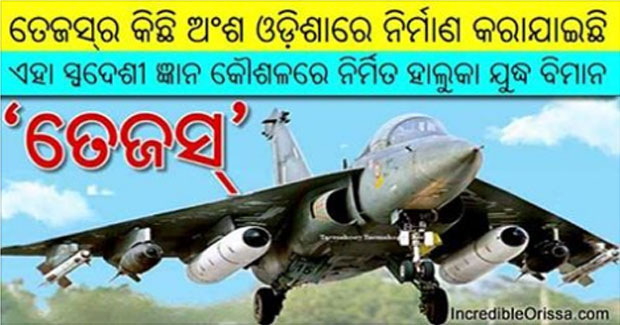