This couple from Odisha’s Kalahandi district has taken up the noble task of giving a brighter future to poor and abandoned children in their area.

Bringing a glimmer of hope to many of the children, Shyam Sundar Jaal and his wife Kasturi Jaal are giving what these children need the most – hope.

The couple is not blessed with abundant wealth, are rich in their thoughts and aspirations, and were once unable to send their children to school.

The turning point came when the couple found an abandoned child left at a distance from their home, compelling them to build an orphanage by the name of ‘Yosoda Orphan Ashram’, along with a board outside stating that children should not be abandoned.

“It has been 33 years since I opened the orphanage. I have been managing it with help of government funds and public donations. I have named the orphanage after my mother. In the home, girls have outnumbered boys. Nobody wants girls here as they are a burden to them. So many throw them in the rivers, or lakes or abandon them near the roadside, where they become vulnerable to attacks by stray dogs,” Shyam Sundar said.

Both husband and wife find happiness in raising children. Every child calls Sundar and his wife – father and mother. With the help of the neighbours, the couple has been able to marry off as many as 15 girls from the orphanage. They say that the number of girls has become less; therefore, people adopt less number of girls these days. People come to the orphanage to find brides for sons and similarly, girls also consider the orphanage as their own home. 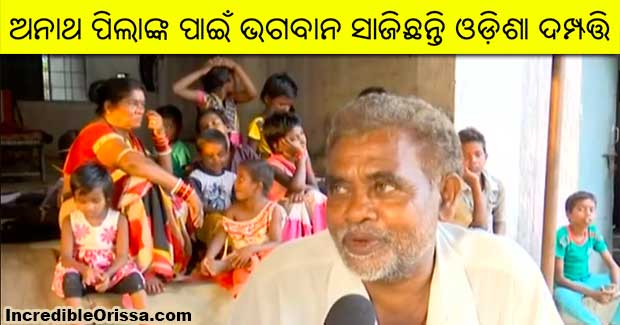