Karisma Digal, a Dalit girl from Bahulmaha village under Midiakia grampanchayat of Baliguda block in Kandhamal district, has secured 91% in matriculation examination, but is too poor to go to college.

She should have started classes at one of the several Plus 2 colleges in Odisha capital Bhubaneswar. However, she has been going to the forest with her mother to collect seeds of sal, jackfruit and dried mango kernels to sell in the local market, Odia daily Sambad reported today. Her father, Senapati Digal, is a labourer who travels to Baliguda town every day to work for daily wages.

Digal, student of a residential school for SC/ST students in Nuagaon block of Kandhamal got an A-1 grade in the results announced in April. No one in Digal’s panchayat has scored such high marks in the matric exam.

Lack of any financial resources stopped Digal from joining a top-notch college in Bhubaneswar to study science though she received a call from an institute. “I thought she would stand on her own legs after higher studies. But now that looks difficult,” the girl’s father told the daily.

Kandhamal district collector Brudha D did not say how the administration planned to help the girl. However, a local NGO, Banabasi Seba Samity, has offered to bear the cost of her education. Rabindra Panda of the NGO said he would send a team to the girl’s family to find out details about her requirements. 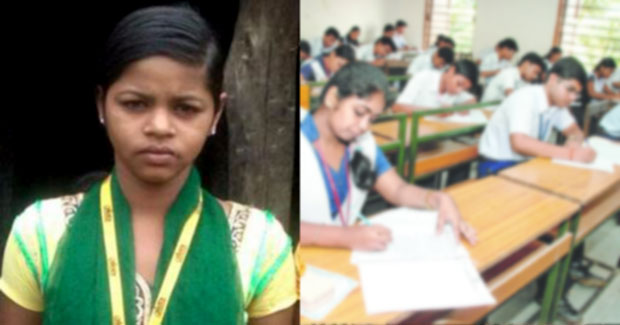